COVID-19: Why Nepal’s farmers should have sustained cereal production 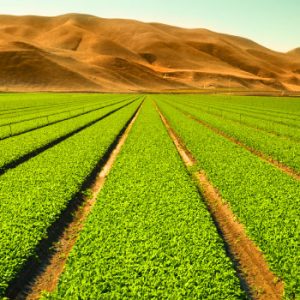 Agriculture and livestock raising contribute to the food security and livelihoods of around 80 per cent of households in the Hindu Kush Himalayan region (HKH).

Agriculture in the mountains — mostly subsistence and fraught with risk — remains the mainstay of the economy in the HKH region, despite economic diversification, growth of industry, trade and the service sector.

In addition to physical constraints, climate change, increased outmigration, land abandonment, crop depredation by wildlife and market failures have added to farmers’ vulnerabilities in Nepal. To manage these risks, farmers in different parts of the country switched to vegetable production in recent years.

This shift, however, comes at a cost: Several farmers in Dadeldhura, Baitadi and Bajhang districts in west Nepal stopped cultivating cereal crops like millet, maize, wheat, and buckwheat since returns are almost six times higher from vegetable farming, revealed a 2019 survey by the International Centre for Integrated Mountain Development.

These households are now dependent on the market for cereals and pulses.

During the survey, our discussions revealed several farmers in the western districts of Nepal saw a future in off-season vegetable cultivation and seed production.

In many cases, returns from commercial vegetable farming restored their faith in agriculture. In Bajhang district’s Subeda village, farmers said they allocated between 0.5 and 5 ropanis (0.254 hectares) of land for vegetable production.

They grew vegetables ranging from mustard greens to yam. Similarly, in Baitadi district, farmers reported earning well from vegetable seed production, with some farmers earning more than one lakh Nepalese Rupee (NPR) per year from commercial vegetable and seed production.

Considering the growing interest of farmers in vegetable cultivation, significant returns and the scope for livelihood improvement, the Government of Nepal promoted commercial vegetable farming by providing both financial and technical assistance.

For example, ward four of Bhageswor rural municipality in Dadeldhura district was identified as a pocket area for vegetable cultivation.

Farmers here switched over completely to vegetable production with government support, including subsidies for purchase of vegetable seeds and hand-tractors and building irrigation channels.

Farmers sold their produce in neighbouring districts and at times, in India’s border districts.

On average, almost every household involved in vegetable farming earned around NPR 40,000-50,000 per year.

The cash income is used to buy cereals and essential commodities for the household.

In the current situation, however, where countries are under lockdown to curb the spread of the novel coronavirus disease (COVID-19) for indefinite periods of time, mobility is hampered and supplies are limited.

The livelihoods of these farmers and their sustenance is at stake.

Food and nutrition security are deeply precarious at this point of time since it necessarily requires food self-sufficiency.