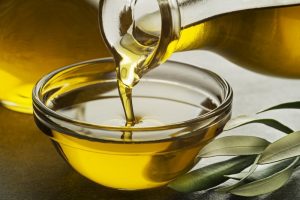 Farmers have asked federal and provincial governments to promote import substitution of edible oil, a commodity which costs Pakistan over $3.2 billion in imports.

The recommendation was made by the Sindh Abadgar Board in a meeting held on Tuesday that discussed federal and provincial budgets.

Chairing the meeting, Sindh Abadgar Board Senior Vice President Mahmood Nawaz Shah pointed out that the import of edible oil and its seeds in Pakistan had doubled since 2014-15. “In Sindh, the cultivated area for oilseeds has actually declined from 260,000 hectares to 80,000 hectares,” he said. “Therefore, we propose fixation of a minimum price, provision of quality seeds and research and development work in the field for sustained oilseed production in the province.”

Shah said the farmers’ group had time and again reminded the leadership that out of 13 million tons of fruits and vegetables produced in Pakistan, 30% was wasted and only 5-7% was processed.

He was of the view that Pakistan had a massive opportunity in the shape of China-Pakistan Economic Corridor (CPEC) and urged economic managers to take advantage of it by creating specialised horticultural value chains, which would encourage production of value-added products.

“Pakistan can easily fetch $500 million through the export of fresh and value-added horticultural products,” he projected.

According to him, no measure has been announced in the budget to arrest the decline in cotton production, which has fallen from 14.8 million bales to around 9 million bales.

Shah recalled that in the budget speech the Sindh government introduced the ‘Grow more cotton’ initiative, promising to provide seeds at subsidised rates, but cotton crop had already been sown in the current season. He asked the government to intervene in a bid to keep cotton production viable for farmers.

He was of the view that neither the federal nor the provincial government realised that enhancing water productivity was the key to sustainable agricultural production and would cater to requirements of increasing population.

In this regard, the World Bank’s scheme aimed at a high efficiency irrigation system was supposed to cover 35,000 acres, but due to poor performance of relevant departments, only 1,200 acres have been covered.

He called for allocating funds for water conservation and efficiency, and recycling of industrial waste. “Large-scale brick and mortar projects will not make us a water-smart country,” he said.

Talking about locusts, Shah emphasised that provincial and federal governments should work hand in hand to counter the looming threat, which might turn out to be a bigger risk than Covid-19.

With uncontrolled local swarms and more expected to arrive from Africa, the Food and Agriculture Organisation has estimated losses of up to Rs500 billion to the agriculture sector.

Talking about the impact of lockdown, the farmers’ body official said due to the nationwide closure, demand contraction and decline in exports, prices of fruits and vegetables tumbled in the domestic market.

According to Shah, Sindh suffered a loss of Rs15 billion in three months solely due to the lockdown. No relief measures were announced, apart from the fertiliser subsidy of Rs37 billion, he said.