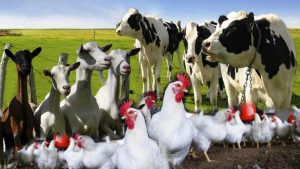 Khyber Pakhtunkhwa government was making all out efforts to boost the socio-economic condition of the people of merged tribal districts and the people would soon see major improvement in their lives.

This was stated by the Khyber Pakhtunkhwa Minister for Agriculture, Livestock, Fisheries and Cooperatives Muhib Ullah Khan while taking to a number of delegations of elders, PTI workers and officials of various line departments in Khar during his visit to the district on Friday.

The minister told that the provincial government in line with the vision of Prime Minister Imran Khan was making all out efforts and utilizing resources for the socio-economic development of merged tribal districts.

He said the merged tribal districts were very suitable for agriculture, livestock and fisheries and the government had planned to improve these sectors in the region.

The minister said the development of tribal districts was the top priority of Prime Minister Imran Khan and the provincial government as people of the merged areas had been deprived of basic facilities since along.He told that senior leader ship of PTI including Jehangeer Khan Tareen, Chief Minister KPK and provincial governor will soon visit Bajaur to inaugurate a number of mega schemes of agriculture and livestock in the district.Senior officials of the agriculture and live stock, including Secretary Agriculture Mohammad Israr and Director General Agriculture Rahmatuddin Khan, Deputy Commissioner Usman Mehsud, District Agriculture Officer Ziaul islam Dawar and others briefed the Minister about agriculture, livestock and fisheries situation in the district.They also informed the minister about the ongoing schemes of agriculture, live- stock and fisheries in the district.The minister showed pleasure over the ongoing development schemes for the improvement of Agricuutre, Live stock and fisheries sectors in the region.