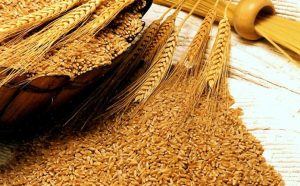 Weather conditions improved for winter wheat sowings last week when much-needed rains arrived to southern regions of Russia and Ukraine, SovEcon said, adding that more rains were expected within the next two week. Russia’s winter grain sowings are in a better condition than at the same time a year ago, an official at the Hydrometcentre weather forecasting service told Reuters last week.

Farmers in Russia, the world’s largest wheat exporter, have finished sowing winter grains for the 2020 crop on 104% of the originally planned area, or 18.2 million hectares, compared with 17.6 million hectares a year ago.

Russia exported 20.3 million tonnes of grain, including 17.8 million tonnes of wheat, between the start of the 2019/20 season on July 1 and Nov. 28, SovEcon said, citing customs data. Total grain exports were down 15% from a year ago.

SovEcon also said that, according to data from the Russian ports, Russia supplied 173,000 tonnes of barley and 254,300 tonnes of corn to Iran between Oct. 1 and Nov. 28. Russia’s official customs data is yet to reflect these supplies due to unclear reason, it added.

Domestic prices for third class wheat in European part of Russia rose 50 roubles to 11,400 roubles ($179) a tonne by the end of last week, SovEcon said. That price was on an ex-works basis, which excludes delivery costs. In Siberia, weakening demand from Kazakhstan has stabilised wheat prices after sharp growth earlier in November. Sunflower seed prices rose by 475 roubles to 16,275 roubles a tonne, SovEcon said. Domestic prices for sunflower oil held at 42,175 roubles a tonne, while export prices fell by $10 to $685 per tonne.