Sugar edges up in quiet trade as supplies tighten 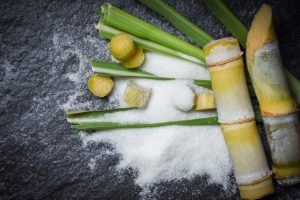 ICE white sugar prices edged up on Thursday in quiet, holiday thinned trade, as funds continued to scale back short positions, though producer selling of excess stocks capped gains. Sugar, coffee and cocoa markets on ICE Futures US were closed for the Thanksgiving holiday. March white sugar was up $1.40, or 0.4%, at $343.00 a tonne at 1321 GMT.

Fund short-covering amid tightening supplies has helped lift sugar in recent weeks, but high stocks in India and a weakening real in Brazil are keeping a firm cap on gains.

The real hit its lowest ever level versus the dollar on Tuesday, raising the value of dollar-priced sugar in local currency terms and tempting producers to sell. The International Sugar Organization on Tuesday raised its forecast for a projected global sugar deficit in the 2019/20 season to 6.12 million tonnes from 4.76 million previously.

The inter-governmental body also said preliminary indications suggested a global deficit of 3.5 million tonnes for 2020/21. March robusta rose $5, or 0.3%, to $1,406 a tonne, having hit its highest since early July on Tuesday.

March London cocoa was up 5 pounds, or 0.3%, at 1,905 a tonne. There is some concern in the market about nearby supply tightness, with port arrivals in top producer Ivory Coast running behind last year’s pace.