Sugar to be exported only under ‘special conditions’: Razak 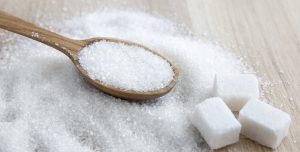 Adviser to Prime Minister on Commerce, Textile, Industry and Production Abdul Razak Dawood on Thursday said Pakistan will be exported only under special conditions.

While talking to media persons at a conference organized by Sustainable Development Policy Institute (SDPI), he said that the government is working to provide cheaper commodities and items of everyday use to the consumers. Dawood said that sugar will now only be exported under special conditions and not as a regular item on the export agenda.

Dawood further said that sugar will only be exported after thoroughly checking the amount of it produced in the year, and if the production is in access of the demand, only then it would be exported. He further said the government would provide subsidy on sugar at utility stores. The government will export rice. He added that a big delegation would be taken to Africa next month in this regard.

He further said industrial policy is in final stage. He also hailed the Pak-China Free Trade Agreement under which Pakistani traders will get the opportunity to export 313 new products to the Chinese markets. The two countries have completed all the legal procedures and formalities to start implementation of the agreement.

Syed Babar Ali, the businessman, philanthropist, educationist and founder of Lahore University of Management Sciences (LUMS), said that he enjoyed every moment of his life and wishes to continue his pursuit for the rest of his life. He also thanked SDPI and his friends to celebrate his life and work.

Chairman Higher Education Commission Dr Tariq Banuri said that the true history is constituted by those people who made and built this country through their matchless contributions, and they are the real heroes. He said Babar Ali is among those living legends who built institutions like LUMS which indeed was a great contribution in nation-building.

Former Finance Minister Sartaj Aziz said Babar Ali is an institution builder, great business leader and above all a patriotic Pakistani, who always cares for others around him.

Dr Parvez Hassan, senior advocate of Supreme Court of Pakistan, said that Babar Ali empowered and inspired so many individuals in various fields and is a role model in his life. He said Babar Ali is a man of principle, who never compromised on merit.

Earlier, speaking at a panel discussion on Achieving Food Security in Digitalized World, Androulla Kaminara, ambassador-designate, delegation of the European Union to Pakistan, said Pakistan has moved from 7th to 5th position in connection with vulnerabilities to climate change. She said only in Interior Sindh two million people are worst hit of food shortage due to drought.

Dr Arnold Elepano from University of Philippines recommended, “We need to develop roadmap for Smart Farm Development to include research agenda, pilot testing and information advocacy.” He said the government should provide enabling environment to promote the use of digital technology to increase farm productivity.

Speaking at a concurrent session on ‘Digital Financial Inclusion: Challenges and Opportunities,’ PPP MNA Syed Nadeem Qamar accused the banks of discouraging people in using electronic money transfer by imposing high taxes. He said that change in public behavior is the only challenge in the way of financial inclusion. The government policies and difficulties in account opening procedures have financially excluded a larger population, especially the old age people and women, he said and stressed the need for holistic approach towards forming effective policies.

Nadeem Hussain, founder of Easypaisa, said that there are enough elements in place to make Pakistan completely digital. Just like any other country of the world, Pakistan has also moved forward in terms of technology and prosperity, he said, adding, “We need to appreciate ourselves what we have done so far specifically in field of digital inclusion.”

At a panel discussion titled ‘Leaving No One Behind in the Skills Development Agenda in Pakistan,’ Parliamentary Secretary for National History and Literary Heritage Division, Ghazala Saifi stressed the need for inculcating technical and soft skill development and trainings in the curriculum to prepare future generations to meet the challenges of digital revolution.

Michael Meyer, Executive Director of Democracy Reporting International, Germany, joined the conference via Skype. He highlighted the issues of how genuine social media debates are easily manipulated and what that means for genuine humanitarian or human right causes.