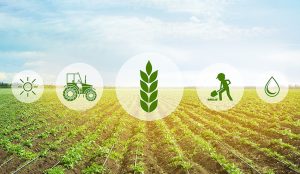 Food exports are growing. But can this trend be sustained in coming years?

That depends on whether the government succeeds in reviving agriculture and food security issues are addressed without disturbing food exports.

During the first four months of this fiscal year, food exports grew to $1.36 billion from $1.17bn in July-October last year. The increase came primarily from larger shipments of rice-fish and other seafood, meat and meat products and sugar besides a rise in export prices of fruits and vegetables.

Sustaining a high growth rate in food exports requires a few things: one, we need more surplus rice, wheat and maize, which is not possible without increasing their per-hectare yields; two, we need to export more confectionary and other value-added sugar-based food items instead of raw sugar; three, we need to improve the pathetic conditions of fisheries to increase seafood exports; four, we need to cut pre- and post-harvest losses of fruit and vegetable crops to obtain a larger exportable surplus; five, we need to revamp the livestock sector to boost dairy and meat production and find new export markets for meat and meat products; six, we need to invest in all food processing industries to diversify the base of exportable food items; and seven, we should diversify export markets.

Above all, while pursuing a food export growth policy, it is crucial to ensure that this does not add to existing problems of food security.

That, in turn, requires more effective coordination between the federal and provincial governments as well as among the provinces. Under the PTI government, the federal-provincial working relationship and inter-provincial coordination are far from ideal. For example, the federal government has involved Sindh in only four of the 13 projects launched under its much-trumpeted Rs277bn National Agricultural Emergency Programme. Grievances of the smaller provinces about the judicious distribution of irrigation water also refuse to go away. A lack of effective day-to-day coordination between Punjab and Khyber-Pakhtunkhwa recently aggravated a wheat flour crisis across Pakistan.

The wheat and wheat flour crisis also betrays the government’s seriousness in ensuring food security. The crisis happened at a time when we had 7m tonnes of carryover stocks. Delays in decision-making on maintaining strategic reserves and exporting surplus wheat are common. By the time exports are allowed, international prices don’t remain lucrative enough for exporters.

Besides, owing to poor storage facilities wheat stocks of the old crop do not remain fit for human consumption and a wheat crisis hits local markets.

These and countless other issues need to be resolved.

In July-October, rice exports grew 16.2 per cent to $634m from $445m a year ago, according to the Pakistan Bureau of Statistics (PBS). Data released by the State Bank of Pakistan (SBP) shows that exports to a dozen countries accounted for 60pc of the total export earnings. These 12 countries were: Afghanistan, China, Kazakhstan, Kenya, Mozambique, Oman, Saudi Arabia, Senegal, United Kingdom, United States, United Arab Emirates and Yemen. The remaining 40pc rice export earnings came from all other countries.

The concentration of rice exports in a dozen markets cannot be helpful in sustaining double-digit exports’ growth. Penetrating deeper into other markets is necessary. To make this happen, exporters need continuous support of our trade missions abroad.

PBS statistics reveal that exports of fruits and vegetables are growing primarily because of an increase in the per-unit price. This is partly because of firmer prices in global markets. Also, some of our exporters have improved packaging and quality of export items. If this trend persists, Pakistan can easily earn a billion dollars a year from exports of fruits and vegetables.

Exports of fruits and vegetables fetched $652m in 2018-19 and $191m in the first four months of 2019-20. Enhancing fruit and vegetable exports more through value-added products and less through direct exports is necessary to avoid the spells of scarcity in local markets when exports peak. At the same time, reducing post-harvest losses of 30-40pc in case of some fruits and vegetables ought to be reduced. This requires investments in farmers’ training and modern harvesting technology and storage facilities.

Seafood has the potential to emerge as a big foreign exchange earner within our food exports. But sadly, both marine and inland fishing continue to suffer from a lack of investment in nets and boats, fish processing and packaging. That is why we continue to export seafood cheaply to the world and earn about $440m a year by exporting some 200,000 tonnes of fish and fish products. This brings the average per-tonne export price to $2,200 — less than half the average per-tonne export price of $5,000 for India’s fish and fish products.

It seems our exports of meat and meat products, which brought in less than $250m in 2018-19, are likely to fetch $300m in 2019-20. The problem is the concentration of export markets. Pakistan exports 90-95pc meat and meat products to Afghanistan and six Gulf countries i.e. Bahrain, Kuwait, Oman, Qatar, Saudi Arabia and the United Arab Emirates.

Unless export markets are diversified and a number of large integrated meat processing facilities are set up, foreign exchange earnings cannot rise. Our exports of spices and frozen food also remain heavily concentrated in a dozen countries where a large number of overseas Pakistanis reside.