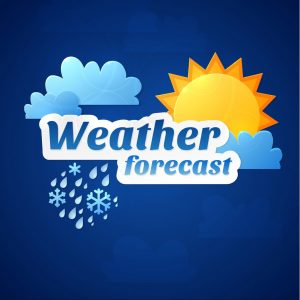 Pakistan ranks eighth on the list of countries most affected by extreme weather events (1998–2017 data), according to the 2019 Global Risk Index. With increasing global temperatures, severe weather and water events, like monsoons and droughts, are likely to become even more frequent and extreme in the future. Since the 1960s, Pakistan has observed changes in temperature and precipitation. By the end of the century, Pakistan’s temperatures are expected to be significantly higher than the global average.

To add to the alarming temperature trends, Pakistan’s main in-country source of surface and groundwater, The Indus River, is increasingly being depleted. As one of the most water-stressed countries in the world, Pakistan faces a water crisis that contributes to its instability.

The three main direct and indirect critical tipping points for security in Pakistan—water scarcity, floods, and droughts; boundary disputes, and domestic insurgency—will only be exacerbated by future disruptive weather and water events.

As Pakistan’s annual monsoon season comes to a close, the tallies of damage have begun to seep in. In 2019’s monsoon season, Pakistan’s four provinces, its capital, Islamabad, and its federally administered tribal areas (FATA) experienced loss of life, infrastructure damage, and displacement after being inundated by these heavy rains and resulting landslides.

Pakistan has historically been affected by severe floods and droughts. There have been 67 reported flooding events since 1900, with a cluster of 52 over the last 30 to 40 years. Floods and droughts that occurred during these years have been associated with major loss of life and property. In the worst year, 2010, unprecedented floods in Pakistan resulted in a death toll close to 2,000, affected more than 20 million people, and cost more than $40 billion (USD) in damage.

Pakistan has experienced ongoing drought conditions since 2014. Droughts in Pakistan have also been more severe over the last few decades, with the drought from 1998–2002 considered the worst over the past 50 years. Additionally, a pattern of severe droughts followed by severe flooding has emerged. For example, a 2009–2010 weak drought ended with the catastrophic 2010 floods.

Pakistan’s agricultural and water policies exacerbate the impact of these extreme weather events. The state subsidizes flood irrigation, the most inefficient water use for agriculture and water-heavy crops, like sugar and wheat. The water inefficiencies in agriculture are particularly concerning given that agriculture consumes the vast majority of Pakistan’s water resources. In effect, Pakistan uses more than 90 percent of its allocated water resources to support one of the least productive agriculture systems in the world per unit of water.

Because Pakistan’s economy relies heavily on agriculture, extreme drought and flooding causes high levels of displacement and economic damage. Vested interests and power dynamics complicate efforts to mitigate the impacts of extreme weather events. Rural Sindh is often described as a feudal economy. With deep political connections, wealthy landowners who represent less than 1 percent of the people in Sindh province but own more than five acres of land have successfully prevented water policy reform. In Pakistan as a whole, 2 percent of households own nearly 50 percent of land, while 5 percent of agricultural households own nearly two thirds of Pakistan’s farmland.

Furthermore, Pakistan’s water infrastructure is fraught with challenges. The Indus Basin Irrigation System (IBIS), which the Indus Waters Treaty created, is the largest continuous irrigation system in the world. However, canals are leaky, and dams are rapidly losing storage space. Pakistan’s total dam storage could meet only 30 days of average demand. The inability to transport and store water adds to Pakistan’s shortages, scarcity, and droughts.

An under-appreciated threat is exacerbating the country’s ability to weather water-related extremes. Pakistan has the highest annual rate of deforestation in Asia, with forest cover reduced by 33 percent in 20 years. It loses 3 acres of land every 20 minutes to high rates of erosion. These high rates of deforestation contribute to increased surface runoff, flooding, and risks of landslides.

However, Pakistan does show glimmers of hope on this issue. Just last year, after achieving his Billion Tree Tsunami, Pakistan’s Prime Minister Imran Khan announced a “10 Billion Tree Tsunami” as part of his “Plant for Pakistan” campaign to combat deforestation and desertification in the country. The country holds the world record for the most trees planted in 24 hours. Recently, Pakistan’s civil society petitioned Pakistan’s Lahore High Court to combat deforestation. The Court’s verdict ordered the Punjab government, Defence Housing Authority, and other development agencies to create a plan to increase forest cover.