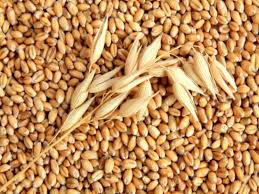 Pakistan’s Economic Coordination Committee (ECC) of the cabinet on June 22 gave approval to the private sector to import 2.5 million tonnes of wheat to control prices in the domestic market, the Express Tribune reported.

The ECC made the decision during a meeting presided over by adviser to the Prime Minister on Finance Hafeez Shaikh. The ECC also decided not to restrict the import of wheat to any limit by the private sector and to monitor the situation on a monthly basis to ensure availability of wheat and flour in all parts of the country at a reasonable price, according to the Express Tribune.

The market price of wheat per 40 kilograms per bag rose to above 2,000 rupees ($12) in different parts of the Punjab. Flour price is expected to go up sharply in months ahead in case of hoarding.

The ECC decided that provincial governments would be requested to announce their wheat release policy immediately, according to the finance ministry. Punjab would release 900,000 tonnes of wheat to flour mills of the province during next two months at a release price as proposed by the provincial government to prevent surge in price of wheat/flour. Government of Sindh should also be requested to announce its policy, according to the Express Tribune.