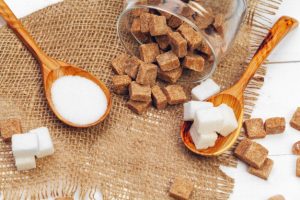 The Sindh High Court (SHC) on Tuesday stopped the federal government from taking actions against the sugar mills owners who – according to an inquiry commission report – had minted billions of rupees by allegedly whipping up a sugar crisis in January this year.

A SHC division bench comprising Justice Omar Sial and Justice Zulfiqar Ali Sangi issued this order on a petition filed by various sugar mills against the inquiry commission’s forensic report that was unveiled in May this year.

The petitioners claimed that the inquiry commission was formed illegally and that its members were also part of a previous inquiry and were already prejudiced against sugar mills owners.

They said the commission report implied that all sugar mills were involved in illegal activities but did not provide specific replies to the queries of individual sugar mill owners.

After hearing arguments of the petitioners, the SHC bench asked the federal government and its agencies to stop taking action against the sugar mills as it sought reply form the respondent by the next hearing of the case on June 30.

Interestingly, the Islamabad High Court (IHC) on June 20 allowed the government agencies to take action against the sugar barons responsible for the shortage of the commodity earlier this year and dismissed a petition requesting the court to stop a crackdown started on basis of the inquiry report.

The IHC had, however, noted that the federal cabinet’s decision to delegate its functions and powers to Special Assistant to the Prime Minister on Accountability Shehzad Akbar for taking action against those responsible for the sugar crisis was not in consonance with the law laid down by the Supreme Court.

The federal government had formed the inquiry commission to probe into a sudden shortage of sugar in January this year followed by a tremendous hike in price of the sweetener.

On April 5, the government unveiled the commission’s preliminary report which claimed that sugar mills belonging to the country’s top politicians including PML-N’s Shehbaz Sharif’s, PTI’s Jahangir Tareen and Khusro Bakhtiar, PML-Q’s Moonis Elahi and the Omni Group that has links with PPP leadership were among the beneficiaries of the crisis.

On May 21, the federal government shared details of the inquiry commission’s forensic report — a damning document that outlined a series of alleged misdeeds by sugar mill owners.

The alleged fraudulent activities included fudging the production cost to claim subsidies, manipulating the market, underreporting their sales, committing fraud and exploiting farmers. It claimed that the sugar barons raked in a “windfall profit” of Rs100 billion during the sugar crisis.

On June 10, the Pakistan Sugar Mills Association (PSMA) and 17 other mill owners – including PTI stalwart Jahangir Tareen – challenged in the IHC both the inquiry commission and its report, claiming that legal formalities were not fulfilled in forming the probe panel.

IHC Chief Justice Athar Minallah on June 11 stopping the federal government from acting on the recommendations of the investigation report for ten days after representatives of the industry agreed to sell sugar at Rs70 per kilogramme.

However, the bench on June 15 hinted at lifting the stay when it was told that sugar was not available to noncommercial consumers at Rs70 per kg.

When the court resumed hearing of the case last Saturday, Attorney General of Pakistan (AGP) Khalid Jawed Khan said it had become a tradition in Pakistan that the powerful members of the PSMA were also part of every government.

“It would be wrong to say that the commission of inquiry was set up to take revenge on political opponents. The inquiry is also being conducted against the government’s strong allies and friends, which is proof that this is not a biased operation,” he noted.

The AGP had said the PSMA had objected to inclusion of the Inter-Services Intelligence (ISI) member in the committee. “The Supreme Court also constituted a Joint Investigation Team (JIT) in the Panama and fake accounts case that included ISI member.”

He said the inquiry commission on sugar worked under its terms of reference (TORs) to cover all aspects of the sugar industry. Justice Minallah had, however, noted the PSMA also has a problem with the government’s press conferences.

In his arguments, PSMA lawyer Salman Akram Raja had referred to the case of cricketer Saleem Malik.

“The cricketer was accused of violating the International Cricket Council’s (ICC) code of conduct and he had not violated any law in Pakistan, but since there was no law in Pakistan regarding the allegations against him, an inquiry commission was formed,” said Raja.

However, he said, as all relevant laws on sugar are present in the country, there is no need to form an inquiry commission on government’s level. PSMA advocate Makhdoom Ali Khan also sought extension of the stay order. The court, however, refused to further extend the stay.

In its 4-page short order, the IHC had said constitution of the commission, its proceedings and the report have not been found to be ultra vires the Pakistan Commission of Inquiry Act, 2017 nor in violation of the fundamental rights of the petitioners. “The report, dated 21.05.2020 was, therefore, lawfully considered by the federal cabinet in its meeting held on 21.05.2020,” it added.