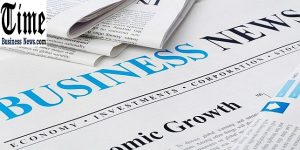 The Federal Board of Revenue (FBR) has started an audit of 72 sugar mills on the recommendations of the sugar inquiry commission which help sugar mill owners in the country responsible for the artificial hike in price that occurred earlier this year.

Sources at the Large Taxpayer Unit (LTU) Karachi said audit proceedings have been started against 27 sugar mills falling under jurisdictions of Karachi tax offices and 47 sugar mills under the jurisdiction of Lahore tax offices. The sugar inquiry commission constituted by the prime minister identified serious irregularities in supplies for evading sales and income tax. The commission recommended opening up the last five years’ cases of the sugar mills and conducting the forensic audit.

Sources in LTU Karachi said the proceedings have begun with audit notices issued to the sugar mills. They further said the tax department would conduct a composite audit of sales and income tax of sugar mills.

In November 2019, the FBR launched the audit of the sugar sector through special panels of auditors comprising tax officials and auditors of chartered accountant firms.

The decision to conduct audits through special panels was taken by the then FBR chairman Shabbar Zaidi. The decision was taken based on the official study which revealed huge tax evasion in the sugar sector. The evasion was evident as the stocktaking carried out by field formations of FBR and the Cane Commissioner of three provinces had a difference of 641,000 metric tons which showed that the sugar mills were underreporting their stock to evade tax payments.

Also, the FBR said sugar mills had declared a high quantity of supplies during June 2019 to evade sales tax as the tax rate was to increase in July 2019. Nonetheless, the idea of an audit of the sugar sector was dropped for unknown reasons and Zaidi had resigned from the post of FBR chairman.

The latest report of sugar inquiry commission had also identified similar irregularities in the sector.

“Similarly, the major increase in ex-mill price occurred between December 2018 to June 2019 when it increased by almost 12 per kg which is from Rs51.64 to Rs63.59/kg. This period saw no increase in sales or other taxes and the price of sugarcane, the major input, was also stable.”